I have been giving the news, but thought a bit of background might be helpful. 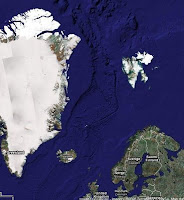 Svalbard became Norwegian territory in 1925, though the Russians and others have kept mineral rights here and continue to mine coal. Svalbard is an archipelago of islands: three major ones, and lots of smaller ones and is the furthest northern settled land. The largest community is Longyearbyen, where I am at the University in Svalbard, but the town was named for an American who started the first coal mine here: John Longyear.

The latitude of the islands runs from 74 to 81 degrees N, and Longyearbyen is at 78 degrees. They do a small bit of coal mining here but all the coal is used to run the power plant for town, and it is the only coal-fired plant in Norway. Like our research area in Antarctica, there are about 4 months of continuous darkness in winter and 4 months of continuous daylight in summer. The temperature is a bit warmer due to the Gulf Stream, particularly on the west coast: the summer average is 40 deg F (5 deg C) and the winter is 10 deg F (-12 deg C). 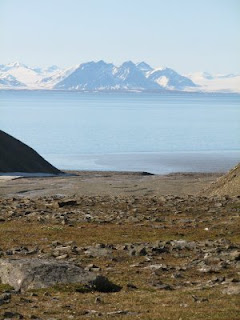