We have arrived in Punta Arenas, Chile.

The flight into Chile was beautiful. We flew over the Andes Mountains, which you can see in this photo from my airplane window: 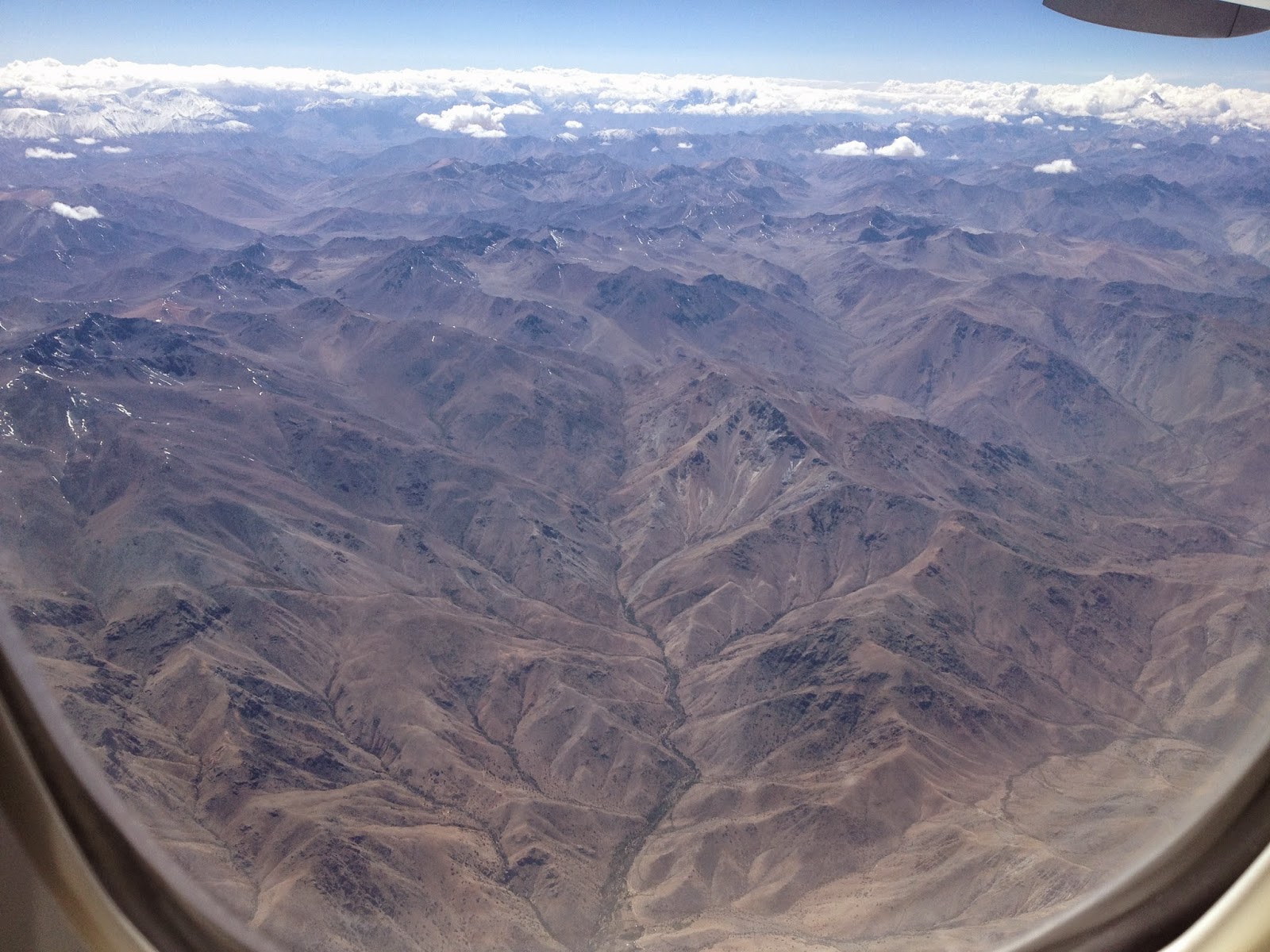 Punta Arenas is a small city on a peninsula along the Strait of Magellan (the passage between the Atlantic and Pacific oceans off the tip of mainland South America). The Strait of Magellan is known for its unpredictable winds, and we are certainly aware of that! It's pretty windy here! Along with the wind, it is overcast, drizzling, and 50°F (10°C), which seems to be normal for the summer here. It's fairly chilly! (But not nearly as cold as the 0°F (-18°C) that they're currently experiencing at Rothera Station, where we're heading!)

The main business in Punta Arenas seems to be sending people to Antarctica, both for science and tourism. You can see several large vessels in this photo, and there are also several very large, fancy cruise ships further out in the strait beyond the photo.

Here is the view from the hotel window.
Punta Arenas is the last stop before flying to Antarctica. We had to go to the US Antarctic Program's warehouse to pick up our gear. After wandering around the town for a while using very minimal directions, we eventually found it on the pier... where the street names and numbers aren't labeled... beyond a gate with security! 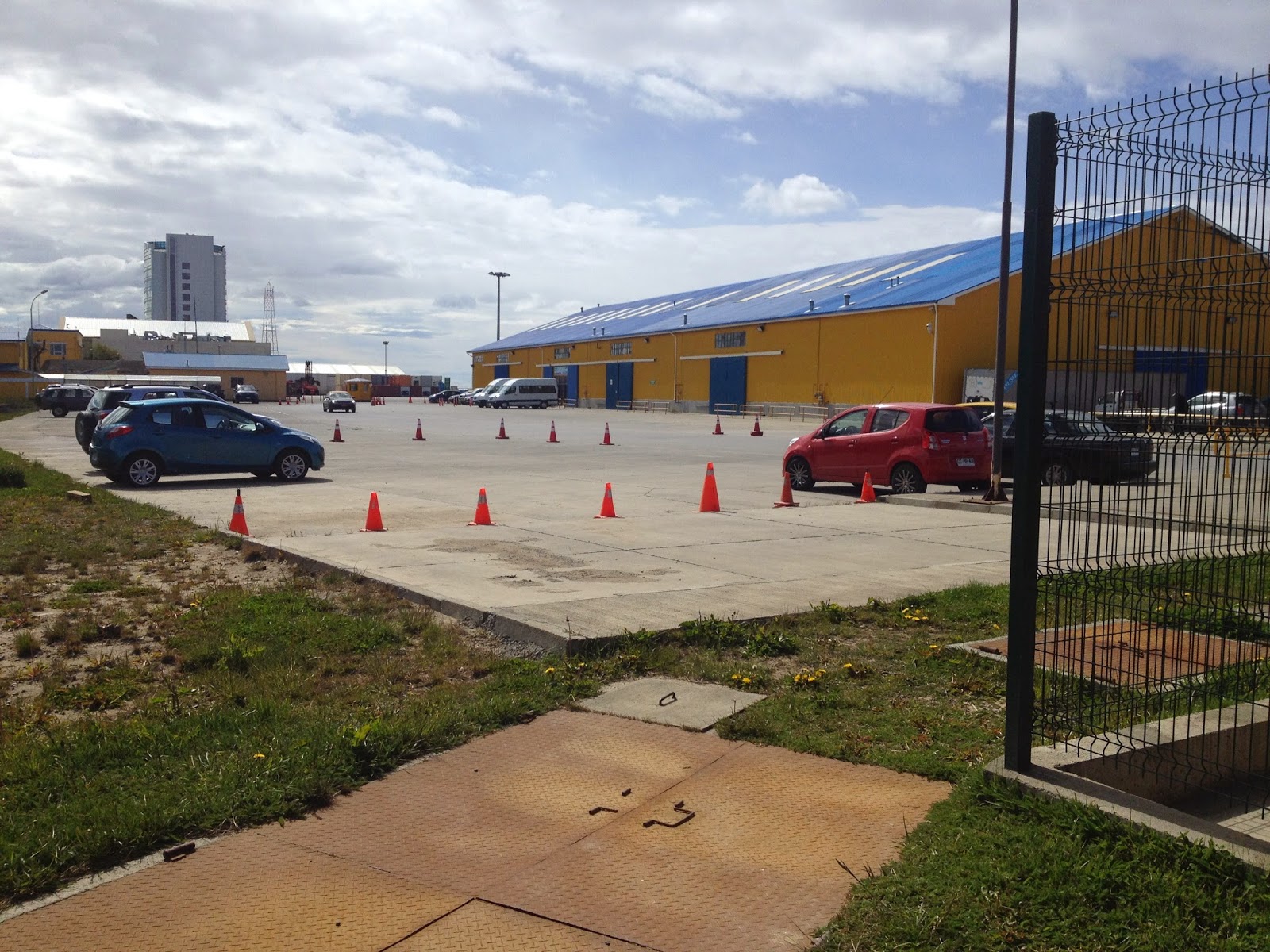 We found the scientific cargo we had shipped down ahead of us, as well as our "Extreme Cold Weather" clothing. We packed our big red parka, Goretex jacket and gloves, and fleece under-layers. We are very weight-limited, so we have to carefully pack only what we'll need. Here's Uffe stuffing everything into his bag inside the warehouse: 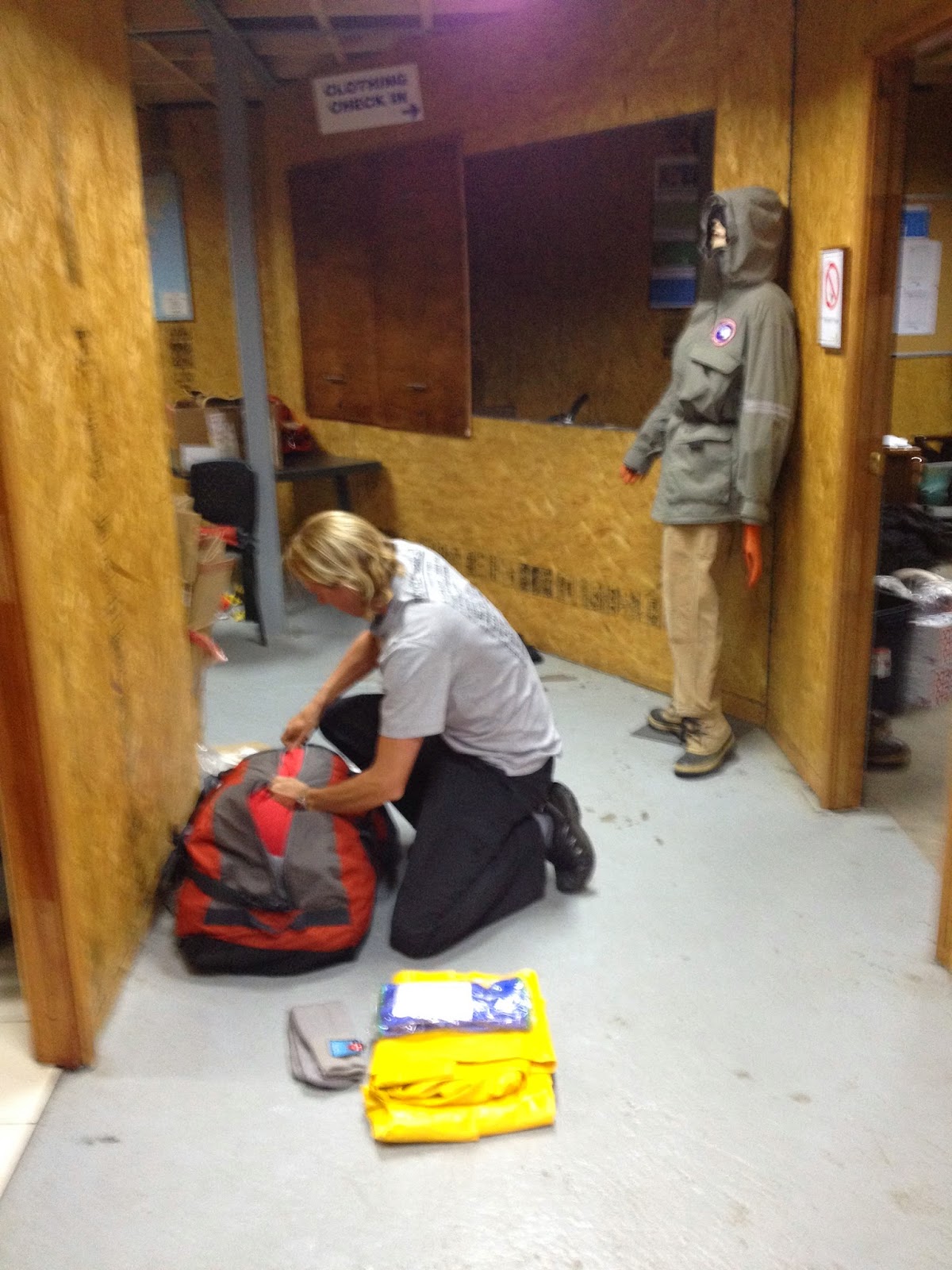 We are scheduled to fly to Rothera Station tomorrow morning. The internet from Rothera is very slow, but I will post as much as I can!
Posted by Dr. Becky 1 comment: