Soil biology of the Antarctic Peninsula

So far, the research I've done in Antarctica has been out of McMurdo Station. That's on the side of the continent closest to New Zealand and Australia. This coming field season, I will be doing my field work on the other side of the continent, along the Antarctic Peninsula. This is the piece of land that extends up towards South America. 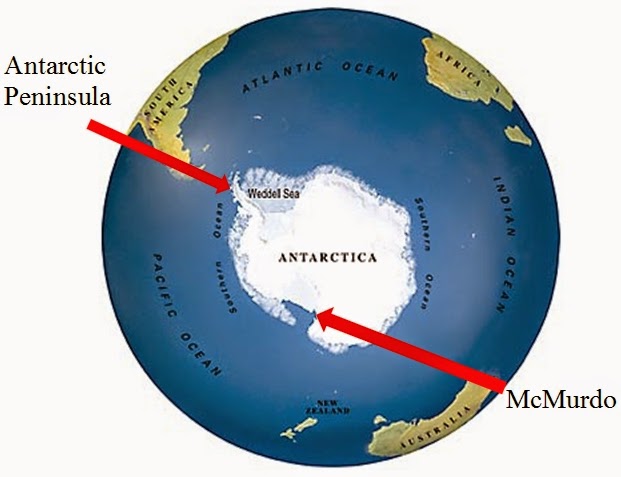 The Antarctic Peninsula is one of the fastest changing regions on the planet. It is warming at one of the fastest rates on Earth. Also, invasive species are becoming an increasing problem. Invasive grasses and insects have been spotted along the Peninsula. Some of these species are accidentally brought from other continents by people. Also, because the Peninsula is warming, some Antarctic species can spread farther south into areas that used to be too cold for them to survive. This grass on the right, the Antarctic hair grass, has been spreading southward into new habitats.


Of course, these changes in climate and invasive species can influence the biology living in the soil. If you're read my past posts, you'll know that the soil biology include bacteria, fungi, nematodes, mites, and other tiny invertebrates. The microscopic soil biology are the only year-round terrestrial animals on Antarctica. There are birds, seals, and penguins that live in Antarctica, but these are technically marine animals that sometimes come on land. Though the soil biology are small, they are the continent's only true inhabitants. This makes them very important to study, if we want to understand more about Antarctica!

From the hard work already done on the Antarctic Peninsula by many scientists, we know that the soil biology of the Peninsula is more abundant and diverse than in the McMurdo area where I usually work. That means there are more individuals from a larger number of species living in the soil in the Peninsula region. However, the Peninsula is a large area, and the soil biology in many places along the Peninsula have not been closely studied. We don't even know who lives where, and if we've seen all of the species that live there. How can we understand the impacts of this recent rapid change, if we don't even know who is there naturally?

Our research over the next couple of seasons will explore the diversity of soil biological communities along the entire Antarctic Peninsula. We will discover what species live in all of the places we visit. We will also compare who lives at each site with the plants and soil chemistry to understand how the environment influences the soil biology. That way, we can predict what will happen to the soil biology as the environment changes. Some of these species only live in Antarctica, so it's important to know how we can protect them. If they lose their home in Antarctica, they may be lost forever!


Posted by Dr. Becky No comments: