First day in the field

We finally made it to the field! The weather yesterday was very nice, so we were able to fly across McMurdo sound to the Dry Valleys! First, the helicopter dropped Chris, Brendan, and I off at New Harbor camp at the mouth of the valley. There, we were reunited with the rest of our team members.

Chris and Brendan stayed at New Harbor, but I had to skip right to the second field site, because I'm behind schedule. Now, I'm at Lake Hoare with some other members of our team that were already in the field: Kelly, Lily, and Joe. Shortly after landing, we got to work on the water tracks!  While we were out in the field, I used my MP3 player and its little speaker, so that's why they're dancing. 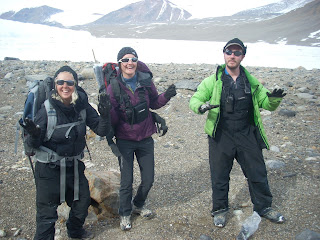 We started setting up the field work that I'll be working on today. I'll post more about that later when I have a bit more time. 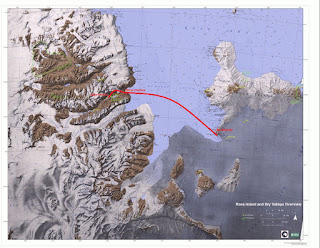