Snowfall in the Dry Valleys

I've spent the past five days in the dry valleys. As you've heard, we were weather-delayed getting out there. Then weather delayed my team from meeting me there. Then, my team got stuck there with me and couldn't get back to McMurdo. There was a lot of snow!

That snow doesn't stick around long. We don't have to wait for warm temperatures to melt the snow in order to see it disappear. In the dry valleys, the air is so dry that the snow will sublimate: turn directly from solid (snow) to gas (water vapor) and disappear from our view. On Thursday morning, there was a little over an inch of snow on the ground, but it all disappeared that day even though the air temperature never got above freezing.

These are all photos of roughly the same scene behind our hut at F6, looking north at the Kukri Hills. Here it is at 9:00 in the morning with an inch of snow, while it was still snowing a little bit. You can't even see the mountains because the clouds are so low: 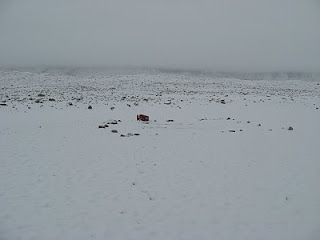 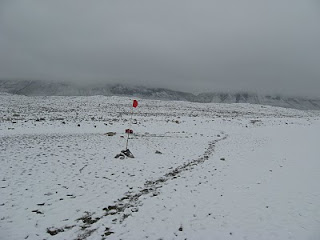 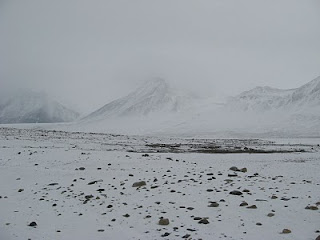 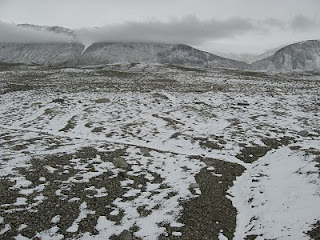 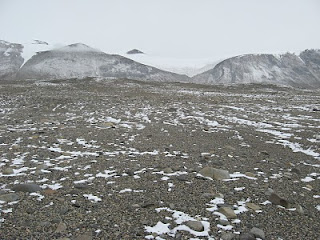 And by midnight, it was gone: 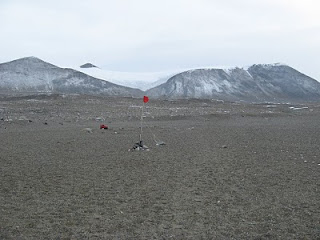 Similarly, another group here has a camera set up in a different valley, called Wright Valley, and are taking time-lapse photos of one particular area. You can see snow come and go over the course of hours! Click here to see it on YouTube.

Now that we're finally all back in the lab at McMurdo (but barely, we almost got stuck at Marble Point, the helicopter fueling station, for the night!), I spent the day weighing out samples for soil moisture. Tomorrow, I will know how much the moisture was influenced by the snow, and how quickly it disappeared!

Tomorrow, I'm heading to the field with Julia, Zach, and Bishwo to sample and treat the stoichiometry plots that are at Lake Bonney. It is supposed to be a day trip, though, so there shouldn't be any getting stuck.
Posted by Dr. Becky 1 comment: