The water in the ocean doesn't stay in one place. Water moves. You're probably familiar with currents and tides, which are a couple ways that water moves around in the ocean. But water also moves up and down in the ocean, not just around the surface. Here's how. 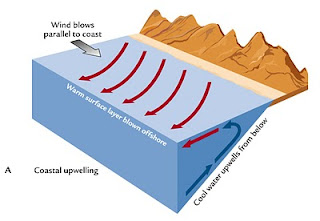 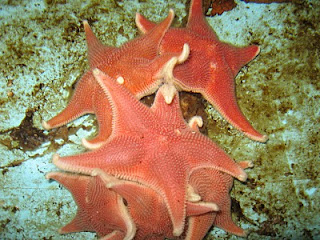 The marine biologists here at McMurdo keep a touch tank with some of the animals they catch. Here's what I saw in the touch tank: 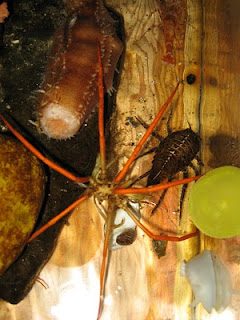 There's a lot of different types of animals in there, of different shapes and colors. And they all live right here near McMurdo! It's all of this life that lets the oceans support the larger ocean animals that you might be more familiar with: 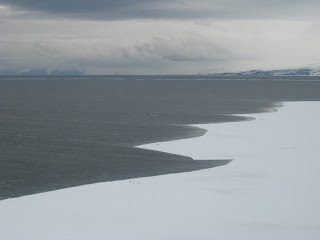 (See the whale and the penguins at the ice edge?) 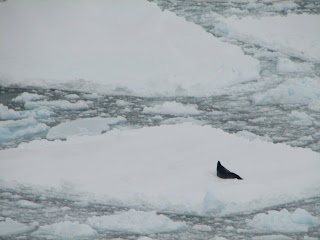 Even though it's so cold and icy, the oceans are home to several species of whales, penguins, and seals. They can live here because of the upwelling that brings all of those rich nutrients to support the entire food chain in ocean around Antarctica.