Welcome to another field season of research in Antarctica with the polar soils research group!

I am making preparations to leave the U.S. and head to McMurdo Station on December 3. It is a busy time of preparations for me! I have a lot of work to finish up, travel plans to arrange, and supplies and equipment to gather. One big difference from the past three seasons is that I am now based at Arizona State University, so I am far away from my fellow teammates at Dartmouth College. That makes preparations a bit more complicated. But, in just a couple weeks, I'll be on my way.

If you are new to the Polar Soils blog, here is some information that might be useful to you:

Where we go:
When most people think of Antarctica, they think of ice. When you're on the continent of Antarctica, it's referred to as being on the "ice." However, the area we study is a polar desert called the McMurdo Dry Valleys, where the glaciers have retreated. Just like deserts in the U.S., such as the Sonoran Desert where I now live, there's very little precipitation, so there's actually bare soil, not just ice and snow! The red dot on the map shows where McMurdo is located: 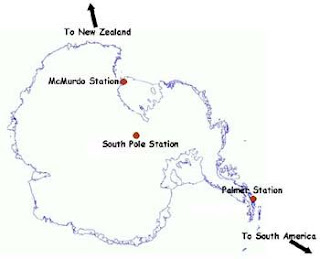 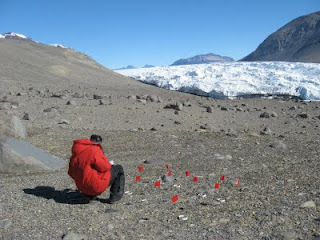 Our research is in the field of soil biogeochemistry, which is just a big word that means we study the way nutrient elements move in the soil. We are especially interested in carbon, nitrogen, and phosphorus, since these three elements are so important for all forms of life. We study how the living organisms influence nutrients in the soil. All of the animals in the dry valleys are microscopic (except for the scientists, of course). While other areas of Antarctica have penguins and seals, the dry valleys' largest animal is a nematode. A predatory nematode is the top of our foodchain- the equivalent to a lion in the Serengeti! We also study the mosses growing in the dry valley soil. Mosses are the only plants growing in the dry valleys and the only living things you'll find above the soil- the equivalent to the redwood forests in America! 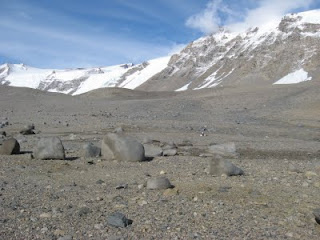 While on the ice, we will continue to work very closely with another group of scientists from Colorado State University led by Dr. Diana Wall that specializes in the nematodes (they have a special nematode blog). Together, all of us study the nutrients and biology of the McMurdo Dry Valley soils.

About the blog:
Our blog is designed to be an educational tool for elementary and middle school classrooms, but all readers are welcome to follow along! Teachers interested in using the blog in their classes are welcome to contact me (contact information available through my website, listed under my Profile on the bottom-right).
On the right-hand side, there are some links with additional information that is useful for both kids and adults. Many links are added throughout the season, so keep an eye on them!
Posted by Dr. Becky 5 comments: