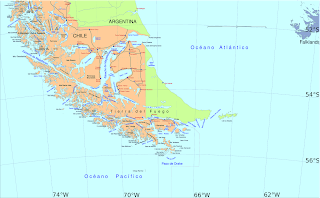 The Drake Passage is named after Sir Francis Drake, a sea captain during the Elizabethan Era in the 1500s who circumnavigated the world in one journey. There are rumors that Drake discovered this passage during his journey by accident. The story is that his ships were trying to get through the Strait of Magellan (because that was the known passage between the Atlantic and Pacific), but they were blow too far south by a bad storm and discovered that the continent ended and the oceans were connected by this Passage. It’s possible that it happened this way, but some argue that it’s not likely (and there are no accurate historical accounts to prove it happened). So, naming the passage after Sir Francis Drake might be a misnomer!

The Drake Passage is famous for having very rough seas. This is because of a mixture of ocean currents and wind. The Antarctic Circumpolar Current, or ACC, is an ocean current that flows clockwise around Antarctica. Because Antarctica is a nice, round continent and there are no major chunks of land in the ocean surrounding it (just little islands), there is a clear path for the current to move in a circle around Antarctica. That makes it a very strong current, in fact the strongest one on the planet! 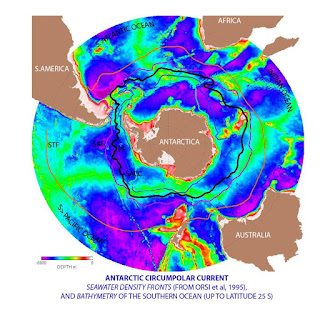 In the Drake Passage, the cold-water ACC meets with the warmer currents from the Atlantic and Pacific oceans. These different currents don’t mix together neatly, and the water gets famously rough here in the Drake where they come together. There are also some very strong westerly winds (that is, winds coming from the west) that make it very windy, in addition to the choppy mixing of ocean currents.

Some days are choppier and windier than other, of course. When we crossed the Drake at the beginning of our trip, the conditions were on the bad side. We had fairly large waves and very high winds (around 40 to 50 knots, sometimes even up to 60 knots). Worse conditions have certainly been reported for the Drake, but we had 2-3 days of constant wind and waves. It made for a very tough few days! This time, the weather was better. Winds were only around 30-40 knots, and while we had some big waves, it was just occasional. We didn’t have two solid days of rough seas. We fared much better this time! Last time, all of us spent most of the time laying in our bunks. This time, we were all up and moving around more, eating most of our meals like normal.

It’s hard to get a good picture to show you the waves, because you have to catch it at just the right moment. Plus, it’s hard to stand outside on deck in heavy seas! This is the best I could do. (And remember, this is from today, the much nicer trip across the Drake compared to when we were last here.)

We still have another day or two of sailing before we are back in Punta Arenas. We are just now able to see Argentina in the horizon.

(Note: Maps from Wikimedia)
Posted by Dr. Becky No comments: